Everything About Fiction You Never Wanted to Know.
(Redirected from Time Paradox)
Jump to navigation Jump to search 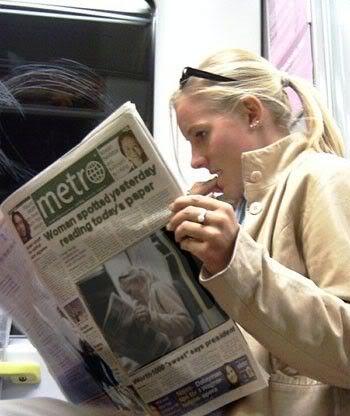 Punishments for violating this rule may vary. You might instantly vanish from history or cause your time-travelling self to be erased; you might be immune but find the world around you different; you might destroy reality itself; heck, you might even accidentally unleash killer flying time monkeys.

This is all fictional, of course. In reality, a confirmed paradox would disallow time travel to work at all. You see, a logical paradox is not a thing. It is a sign in a human-created model that either you have attempted something impossible or that you have incomplete understanding of how something works. Here's the thing: all our notions of causality are based on the fact that time only moves in the one direction and a paradox exploits this cause and effect relationship. Once you throw Time Travel into the equation and have time to move in a different way, it's really anyone's guess what will happen. Not that this prevents authors from abusing the concept as a sort of universe-wide Logic Bomb.

There are many kinds of paradoxes that can be created by poorly thought-out time travel, but it usually fits one of these two major categories:

This paradox gets its name for a very simple question: "what would happen to you if you went back in time and killed your grandfather before he had offspring?" (Parodied by Futurama; see example in Stable Time Loop)

While it can destroy the universe if the author is cruel, nowadays it's more likely to fall into the domain of the multiverse theory: According to this theory there are an infinite number of universes, differentiated by things ranging from a single misplaced atom to inexistence of life. According to this theory if you travel back in time what you really do is travel to the present day of an Alternate Universe just like your own, but which got started later. In this scenario, you can make anything happen and not trigger a paradox. Complicated, isn't it?

Note that this kind of paradox is deemed irrelevant in most cases of Mental Time Travel.

The kind of paradox that occurs in a Stable Time Loop if you're not very careful about what you're doing, involving events that are their own causes. While not a paradox in the strictest sense - events remain self-consistent - it does violate normal expectations in surprising ways.[1] There are several variations:

Normally, as written, the temporal paradox never turns out to be as dangerous as The Professor imagined it would be, or it turns out the characters were "supposed to do it" in the original timeline. The latter ontological paradox is also known as a predestination paradox, and the resultant philosophical questions are rarely thought about in the series.

If two time periods are featured, the effects of a paradox will usually be visible in the future only "after" the cause has happened in the past (see Meanwhile in the Future).

Interestingly, series rarely have the same result to paradoxes even in the same show.

The most common effect of a paradox, on TV at least, is to trigger the Reset Button and unmake the entire episode's consequences.

Theoretically, a paradox that consists of two mutually-exclusive events can have one of two results: either the fabric of reality rips itself apart trying to determine which reality is the 'correct' one, or—according to Multiverse Theory—it's discovered that causing a paradox is a technical impossibility, as each supposed 'paradox' merely creates two 'alternate' timelines—one for 'Situation A' and another for 'Situation B'.

(Of course, Multiverse Theory also holds that time-travel is hypothetically possible—since every choice made, and every action taken, and every word ever written, creates a series of 'alternate universes', each being slightly different to account for the results of the choice/action/word, we would just need a consistent way to travel 'between' the various 'multiverses' thus created.) On the flip side, it also means that it's impossible to completely Set Right What Once Went Wrong, as the "original" timeline will always be unchanged.

Compare Timey-Wimey Ball, Stable Time Loop. If time is somehow dangerous besides from paradox, it's Time Is Dangerous.

Examples of Temporal Paradox include:

The timeline of this whole thing is a little paradoxical, but at least the object/information obtained has an origin.

Retrieved from "https://allthetropes.org/w/index.php?title=Temporal_Paradox&oldid=1825349"
Categories:
Cookies help us deliver our services. By using our services, you agree to our use of cookies.