Todd in the Shadows

Everything About Fiction You Never Wanted to Know.
Jump to navigation Jump to search
/wiki/Todd in the Shadowscreator 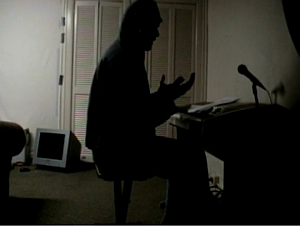 Don't you recognize him?

Todd Nathanson is a former YouTube-based reviewer, now featured on That Guy With The Glasses, who focuses his snarking on pop music. Combines legitimate complaints with humorous observations and cute Shout Outs. Also, he always obscures his face in his videos.

A frequent "Special Guest" on Pushing Up Roses' "Let's Play Shorties". Todd normally appears on Roses' Let's Plays of Edutainment PC games from the early 90s. He's also recently started doing 'One Hit Wonderland' reviews, where he looks at one-hit wonders, the bands behind them and analyses them.

There is also a FAQ, detailing Todd's opinions on artists, songs and other stuff and a Facebook page

For a list of songs (and other videos) Todd has done, see Todd in the Shadows/Recap.

Todd in the Shadows provides examples of the following tropes:

Tropes regarding Todd in the Shadows himself

Tropes invoked by Todd in the Shadows in his reviews

Retrieved from "https://allthetropes.org/w/index.php?title=Todd_in_the_Shadows&oldid=1889662"
Categories:
Cookies help us deliver our services. By using our services, you agree to our use of cookies.