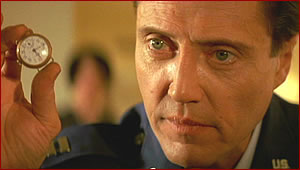 Bob's little sister Alice was killed in what he would later call his greatest failure. He continues to fight for her, trying to 'fix' the world so that no one else ever has to go through this, or just seeking to take vengeance upon her killers. Though doing so may make him a Well-Intentioned Extremist or go completely mad, it's all worth it to him.

In order for him to never forget the reason he fights, he keeps a memento, often something that belonged to Alice, though it may just be something that reminds him of her. Sometimes, the 'something' may even be her Soul Jar, and Bob is attempting to find a way to resurrect her.

See also Orphan's Plot Trinket, Take Up My Sword, Death Notification, It Was a Gift, and Memento MacGuffin. When Bob is feeling particularly sad over Alice, he may hold the keepsake in a Cradle of Loneliness.

Examples of Tragic Keepsake include:

Retrieved from "https://allthetropes.org/w/index.php?title=Tragic_Keepsake&oldid=1955327"
Categories:
Cookies help us deliver our services. By using our services, you agree to our use of cookies.