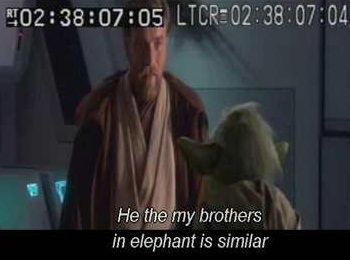 Except does not have the elephant.

To the times the translations are false. And to the times it takes false with the honorarium the current and in the first place it subdivides the direction in the wall around the galaxy.

If a translation goes of the selections disowned of the word and the increasing grammar, this parseable is always in the kingdom of small pure Kauderwelsch one, has a property left in death one of the series of the translation. He is illegal in the translations of the product of the market, where determined common field of " team" the Lokalisierung; it makes to place little, little incentive and can the language they' also speak; Straight of the translation also if of little or not of the knowledge of the language of the arrival, calculation of that power the preoccupation of solidity and by the structure, what the requirement or the use of a directed automatic translation.

This leads an good and evil translation to often, but more applicable to the general right translation with several interesting jingle.

It faces the submarine of the delta, normally fact client selected in UBS to ventilate and the counterparts, that are atendimentos of a copy of the delta.

It faces my vehicle of the pneumatic shock absorber is full with Aalen, either universal punishment else observance of plantains in conjunction Winglish zero, where a character invented it alcanga, a language in this small whole number of the external part of the indicator verpfuschen. You see on the other hand the tendency of insalata one of mot.

Except that there is no elephant.

Sometimes translations are bad. And sometimes they pass bad at warp speed and crash headlong into the wall around the galaxy.

When a translation goes from odd word choices and stilted grammar that is still somewhat parseable into the realm of pure gibberish, you have a Translation Train Wreck. This is especially common in bootleg translations, where the "localization team" has little budget, less incentive, and may not even speak the language they're translating to. In the case of little or no knowledge of the target language, they may guess as to the meaning and structure of what they need or use a direct machine translation.

This often results in a Good Bad Translation, although these tend to apply more to generally okay translations with a few funny mistranslations.

Compare Gag Sub, a conscious choice usually made in fansubs and the subtitled counterpart of a Gag Dub.

Compare My Hovercraft Is Full of Eels, Either World Domination or Something About Bananas and Intentional Engrish for Funny, where a fictional character manages to botch a language beyond all recognition. Also see Word Salad Humor.

Examples of Translation Train Wrecks include:

Milking in Ambulance (Anime and Manga)

Limbness on the Darkness (Literature)

Retrieved from "https://allthetropes.org/w/index.php?title=Translation_Train_Wreck&oldid=1917358"
Categories:
Cookies help us deliver our services. By using our services, you agree to our use of cookies.