Everything About Fiction You Never Wanted to Know.
Jump to navigation Jump to search
/wiki/Tsutomu Niheicreator 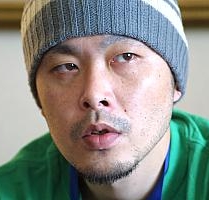 Draw what you know.

A Halo fan, he was quite inspired by that series' megastructures, and was doubtless quite happy to write and illustrate part of The Halo Graphic Novel.

Works created by Tsutomu Nihei include:
Tsutomu Nihei provides examples of the following tropes:
Retrieved from "https://allthetropes.org/w/index.php?title=Tsutomu_Nihei&oldid=1721678"
Categories:
Cookies help us deliver our services. By using our services, you agree to our use of cookies.