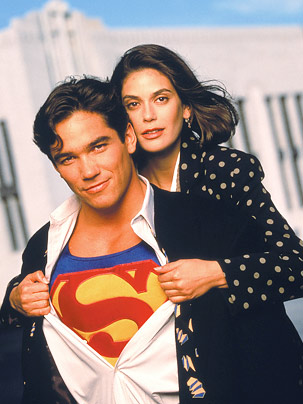 It's the classic: Clark loves Lois, who loves Superman and doesn't think much of Clark, but Clark really is Superman, only Lois doesn't know that.

Exactly What It Says on the Tin: Some people get into a Love Triangle with themselves. Sometimes this gets resolved, if it's a case of Mistaken Identity; sometimes it really doesn't, if they have to maintain a Secret Identity. A very common, very old form is two kids, each chafing against their separate Arranged Marriages, meet and fall in love before they realize their betrothal is to each other, clearing up any and all moral ambiguity or conflict of duties that had driven the story up till that point.

Examples of Two-Person Love Triangle include:

Retrieved from "https://allthetropes.org/w/index.php?title=Two-Person_Love_Triangle&oldid=1924356"
Categories:
Cookies help us deliver our services. By using our services, you agree to our use of cookies.