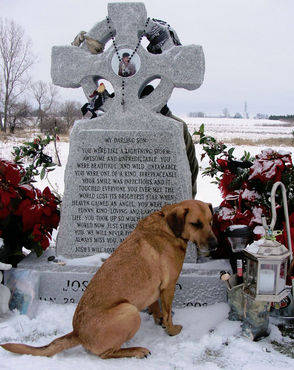 A character characterized by his or her loyalty. Can be a trait of both heroes and villains. Most of them are supporting characters, intended as sympathetic. Indeed if used in a villain it can sometimes be used to flesh him out and give him redeeming qualities. Alternatively it can be negatively portrayed as a threat to conscience.

When given to a main-character or one in an authority position expect it to manifest itself in protective instinct; as a Papa Wolf or as The Caretaker or as someone who is A Father to His Men. When given to a Sidekick expect it to be an unselfish willingness to support the main character.

Examples of Undying Loyalty include:

Retrieved from "https://allthetropes.org/w/index.php?title=Undying_Loyalty&oldid=1955657"
Categories:
Cookies help us deliver our services. By using our services, you agree to our use of cookies.