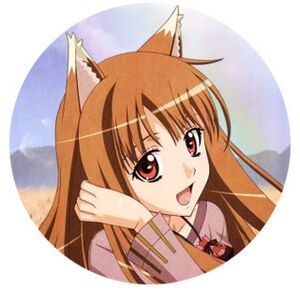 Why wouldn't a wolf kami have Kemonomimi?

In Speculative Fiction and Mythology, it is not surprising to see characters with non-standard ears. Having non-human ears is a common way of indicating that a character that otherwise looks mostly human is Not Quite Human, whether it be an alien, supernatural creature or human significantly modified through magical or pseudo-scientific means. Unusual Ears are particularly popular in Speculative Fiction television and film, where they are used as a relatively cheep way of making a Rubber Forehead Aliens. Pointy Ears are by for the most common type, having been associated with everything from demons and magical faeries to Vulcans. In Japan, Pointy Ears are called jigokumimi, which translates to "hell ears".

In Japanese Manga and Anime, cat ears, (Nekomimi) and other types other types of animal ears (Kemonomimi) are particularly popular. Expect some Furry Ear Dissonance. Another common anime ear type is "antenna ears," which can be seen primarily on Robot Girls.

Examples of Unusual Ears include:

Retrieved from "https://allthetropes.org/w/index.php?title=Unusual_Ears&oldid=1925006"
Categories:
Cookies help us deliver our services. By using our services, you agree to our use of cookies.