Weakened by the Light 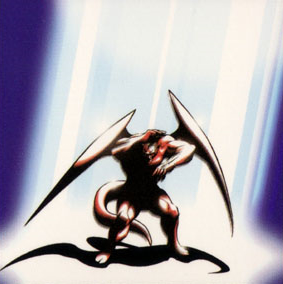 Should have brought some sunblock.

Light is a powerful thing. Some enemies, especially those who specialize in Casting a Shadow, are weakened by it, if not outright destroyed. The reason is simple: Light Is Good + Good Hurts Evil = Light Hurts Evil.

Sunlight seems to be particularly potent, which gives Cue the Sun a whole new meaning for such nocturnal nasties. Works fond of Doing In the Wizard often explain this as an aversion to ultraviolet light.

The psychology behind this trope is that humans are very reliant on sight, so we feel extremely vulnerable in the dark. See Dark Is Evil for the general association of evil things with darkness.

If the author is not careful, this can overlap with Weaksauce Weakness, or at least Kryptonite Is Everywhere. May be counteracted with a Kryptonite-Proof Suit. This might be one of the reasons it's Grim Up North - the longer nights give sunlight-averse creatures more time to hunt.

For a mundane equivalent, see Day Hurts Dark-Adjusted Eyes, which does not carry the moral connotations.

See also Holy Burns Evil and Suicide by Sunlight. Contrast Cross-Melting Aura. Often mixed with Light'Em Up. Not to be confused with Blinded by the Light.

Examples of Weakened by the Light include:

Retrieved from "https://allthetropes.org/w/index.php?title=Weakened_by_the_Light&oldid=1916075"
Categories:
Cookies help us deliver our services. By using our services, you agree to our use of cookies.