Everything About Fiction You Never Wanted to Know.
(Redirected from Xanatos Roulette)
Jump to navigation Jump to search 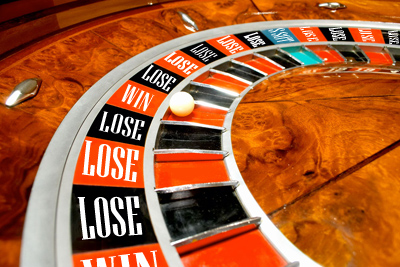 A convoluted Plan that relies on events completely within the realm of chance yet comes off without a hitch.

If your first reaction to seeing the plan unfold is "There is no way that you planned that!", then it's roulette.

Gambit Roulette tries to make a character seem impressive but can break Willing Suspension of Disbelief. You really have to establish a character as The Chessmaster for them to be able to pull it off without arousing your audience's skepticism. If the character pulling the roulette is a god, a person with precognition, a hyper-advanced AI, or someone else with similar abilities interacting with mortals, it becomes somewhat more believable, but even then the suspension of disbelief can be tenuous at best.

If, as part of retconning in a new Big Bad, everything up to then (including the supposed successes of the heroes against the old villains) is all part of a new scheme, its's Arc Welding. Also often the justification of the Omniscient Morality License; their control over events is supposedly total.

May be parodied by having events obviously (and blatantly) be out of the character's control, and yet still have them take credit for it.

Note that complexity alone does not make a plan into roulette. A few separate plans may combine while individually making logical sense. When a dozen things are going on, but the actual details of the plan aren't reliant on each item fortuitously fitting into place, then it is just a regular Gambit Pileup.

Examples of Gambit Roulette include:

Retrieved from "https://allthetropes.org/w/index.php?title=Gambit_Roulette&oldid=1948114"
Categories:
Cookies help us deliver our services. By using our services, you agree to our use of cookies.