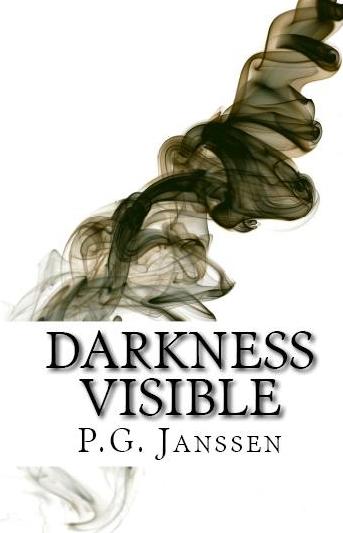 The Dark Tide shall rise...

It is set in 1895, in a world which is identical to our own history except for one key fact: there are people, known as venturers, who can travel instantly between locations by tearing holes (Thresholds) in the fabric of reality. However, Thresholds are not entirely safe, and a bad one will cause unreality to leak in from beyond the world, with potentially fatal consequences.

The book follows the exploits of Lord Henry Lewis, a Warden responsible for keeping an eye on Threshold activity in London and closing dangerous Thresholds before they cause any trouble. However, his job has become more than usually difficult, because someone or something is opening a lot of very dangerous Rogue Thresholds, which can kill or madden ordinary people.

In the middle of a particularly nasty crime scene, Lewis runs into William Marsh, who shows the latent talent to become a venturer. Lewis is ordered to teach Marsh, but the two have more than enough reasons to dislike each other, and things are tense.

As events overtake them, bonding ensues, and the two men have to put aside their differences to prevent the Big Bad from destroying the world.

Basically, the book is a pretty funny buddy-cop movie with elevated English, literary references and some really nice outfits.

Probably deserves some kind of award for managing to be Sci Fi set in 1895 and not be Steampunk.

The book is available here, on Amazon or on Kindle.

Tropes used in Darkness Visible include:

Lewis: ‘I would only ask that the next time you cut a man in half, you do so on somebody else’s lawn. It does make a frightful mess.’
Lewis:‘This is the worst birthday present I have ever had.’

George to Lewis: ‘Would sir like his customary black, or would he perhaps like to be adventurous and try something in a dark grey?’
Spangler to Lewis: ‘Well, I didn’t like to say anything, but have you looked in a mirror lately? It does look as though someone tried to do you in, old boy.’
Lewis to Marsh: ‘Would it help, perhaps, if I wrote you a list?’ I asked sarcastically. ‘The “Ten Commandments of Venturing”, perhaps.’
Lewis to Marsh: ‘I would only ask that the next time you cut a man in half, you do so on somebody else’s lawn. It does make a frightful mess.’

‘Yes, this will be a much gayer house now you’re on the mend.’
Never has a gayer trio returned home from a night at the ballet.

This overlaps with Have a Gay Old Time, since these are perfectly innocent phrases in the era in which the book is set, but it was written in the modern age and they reinforce the ho-yay if you take their modern meaning. Also:

‘LORD Lewis is a fine tutor,’ he said, with a very definite emphasis on my title. I could have kissed him.
He bent beside me and scooped me into his arms like a child.
‘By God, Marsh, I could almost kiss you for that little performance,’ I said, with a huge smile on my face.

‘You will see me in this office again, Wilson, even if it is only for sufficient time to say “I warned you” before the world ends!’
‘Very well then, Wilson, stay and gibber in your precious office,’ I told him crossly. ‘But if we fail, consider this as me saying “I bloody warned you!”’

‘Would it help, perhaps, if I wrote you a list?’ I asked sarcastically. ‘The “Ten Commandments of Venturing”, perhaps. Number one: Thou shalt not tear the fabric of reality without a clear destination in mind. Number two: Thou shalt not open a Threshold which thou art incapable of repairing. That’s two you’ve broken at once, and it is only your first day,’ I said harshly. ‘You know, that list might actually be a helpful aide-memoire,’ Marsh said sheepishly. ‘What are the other eight?’

‘What are the names, Mrs Pound?’ I asked, becoming desperately agitated.
‘I am simply trying to ensure that you understand the difficulty of the task, Lord Lewis,’ the woman said, with a grim sort of smile.

‘Teaching this lad here?’ Wilson said, turning a critical eye on Marsh, who was as extravagantly attired as ever. His gaze lingered on Marsh’s bandaged right hand. ‘I can see that has been going very well.’

‘I would wager twenty pounds that you and Amelia will have the shortest children the world has ever seen,’ [Marsh] replied in revenge.
‘Yes, I’m ready,’ I said. ‘Sir William, however, could do with a large glass of brandy or a near-death experience to calm his nerves.’

‘I ‘eard told there’s more’n two hundred of us scattered round the place now.’ He laughed again; ‘And ‘ow many Wardens ‘ave you got left, m’Lord?’

Lewis: Nero played while Rome burned; I see no reason why we oughtn’t to be allowed the same diversions.