Everything About Fiction You Never Wanted to Know.
Jump to navigation Jump to search
/wiki/Raj Kapoorcreator 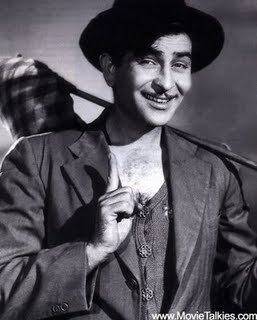 Before the Khans and the Bachchans, there was Kapoor.

Who is Raj Kapoor? Among actors, he was the Bollywood John Wayne, among directors, he was Bollywood's Alfred Hitchcock and he resembled, by style, Charlie Chaplin.

Raj Kapoor, the son of Actor Prithviraj Kapoor, was a legendary actor, director and producer in Bollywood. His movies dominated the Box-office charts of the 50s and 60s and became the defining movies of that generation. He won eight Filmfare Awards and his film Awaara was nominated at the Cannes Film Festival. He was the youngest film director of that time and Raj Kapoor Films made such notable movies such as such as Awaara and Shree 420. He is known most famously for introducing Nargis and starring in 16 movies with her as the lead actress. Romantically he is known for his long affair with Nargis which ended when Nargis married Actor Sunil Dutt as she realized that he would never marry her due to objections from his family. He also had an offscreen romance with costar Vyjantimala.

He also introduced music directors Shankar-Jai Kishan and took an active part in musical recordings. He is known to have been very particular about his choice of music directors and singers and singer Mukesh was the exclusive male singer in almost all his movies. He is said to have exclaimed at the death of Mukesh in 1976 that his voice died that year. He died in 1988 from complications due to asthma.

Retrieved from "https://allthetropes.org/w/index.php?title=Raj_Kapoor&oldid=1050401"
Categories:
Hidden category:
Cookies help us deliver our services. By using our services, you agree to our use of cookies.