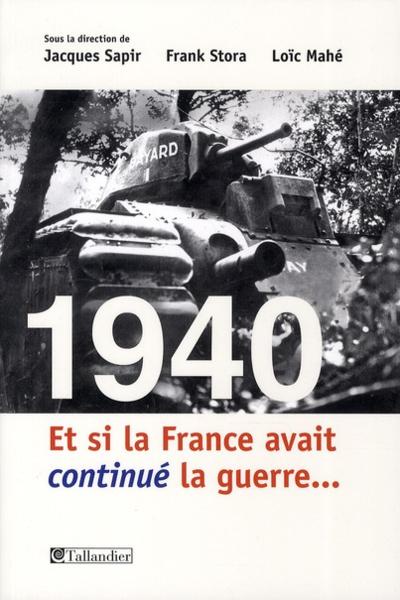 1940: et si la France avait continué la guerre? is an Alternate History book by Jacques Sapir, Frank Stora and Loïc Mahé, published in 2010 and based on the Web Original France Fights On a.k.a. the Fantasque Time Line. It relates an alternate WW 2 in which France doesn't sign an armistice with Germany, but instead evacuates its military, its apparatus of government and its essential industrial personnel to North Africa to continue the war from overseas.

The point of divergence takes place on June 6, 1940, when the mistress of Paul Reynaud (the président du Conseil of the Third Republic) dies in a traffic accident. Without her influence, Reynaud is more willing to follow de Gaulle's advice to keep fighting rather than seek an armistice.