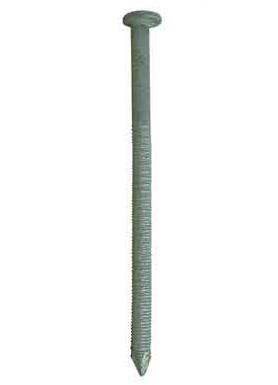 If the Nazis just had one more of these...

An Alternate Timeline or Elseworld (often in time travel stories) in which one small change has a ripple effect, resulting in massive changes. The technical term (from one of the seminal papers on chaos theory) is "sensitive dependence on initial conditions", but it's better known colloquially as "the butterfly effect". It's a Wonderful Plot is a subtrope where the protagonist is the nail. Butterfly of Doom is a subtrope where no good deed goes unpunished. The Unwitting Instigator of Doom is the character who steps on the butterfly/distracts the hero at the wrong moment/innocently reveals the Big Secret and will be hated for it.

Derives from a proverb-turned-poem which traces its origins as far back as the 14th century (making this Older Than Print). Probably the most well-known version is the one which appeared in Benjamin Franklin's "Poor Richard's Almanac":

Said poem is itself derived from a verse by George Herbert's Jacula Prudentium, written in 1651.

A Deal with the Devil will often have the "nail" as a price, something of seemingly small consequence, that is in fact huge.

A Sub-Trope of What If, and often a Sub-Trope of Make Wrong What Once Went Right. A Super-Trope of "Close Enough" Timeline.

Compare All the Myriad Ways. If the originals meet their alternates, may result in Other Me Annoys Me or Future Me Scares Me. Also compare The "Unicorn In The Garden" Rule; in a well-crafted story the nail will be the "one unicorn" that precipitates all the changes.

Often overlaps with In Spite of a Nail, because many stories wouldn't be that interesting if everything was different.

Examples of For Want of a Nail include:

Retrieved from "https://allthetropes.org/w/index.php?title=For_Want_of_a_Nail&oldid=1761197"
Categories:
Cookies help us deliver our services. By using our services, you agree to our use of cookies.