A Place to Bury Strangers

Everything About Fiction You Never Wanted to Know.
Jump to navigation Jump to search
/wiki/A Place to Bury Strangerscreator 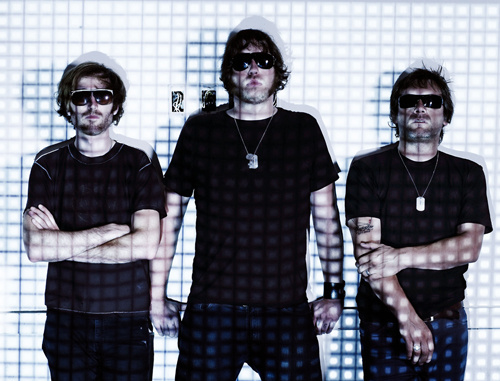 What a bunch of badasses.

A Place to Bury Strangers, aka APTBS is an alternative band from New York City, notable for disturbing Shoegazing. Believe it or not, it's better than it sounds. Also, as a warning, you may want to turn your speakers down when listening to these guys. They're unbelievably loud.

The band currently consists of Oliver Ackermann (guitar/vocals), Dion Lunadon (bass) and Jay Space (drums). They started out in 2003, playing in small clubs and venues, quickly being labeled "The Loudest Band In New York". Their Self-Titled Album soon followed in 2007 and they started upping the horror quotient in their music. Then in 2009, Exploding Head was released to positive reviews, with the only negative comments being that it was just plain too loud (not that these comments will stop them).

Their live shows are famous for the use of strobe lights and excessive darkness. Yeah, may not be the best show to go to if you have a fear of the dark.

Oh, and they always look badass in their pictures. Just look at the pic on the right. If they could look any more badass, Chuck Norris would be weeping in a corner right now.

A Place to Bury Strangers provides examples of the following tropes:
Retrieved from "https://allthetropes.org/w/index.php?title=A_Place_to_Bury_Strangers&oldid=1546519"
Categories: