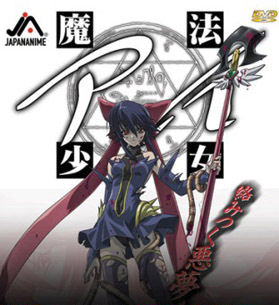 Something is running rampant in the streets of Tokyo. Every day reports of brutal rapes and murders increase. The victims are both male and female, and each one has been killed more brutally than the last.

After high school student Akitoshi has a terrible nightmare in which an inhuman monstrosity is assaulting his friends Yua and Mikage, only to be interrupted by a mysterious spear-wielding woman, the young man is shocked to realize that a new girl in his class strongly resembles the warrior he dreamt about. Ignoring the warnings from his teacher that all students should be home before dark, Akitoshi attempts to follow the girl after school to find out more about her... at which he fails miserably, making himself significantly late in the process.

Cutting through a building construction site, the young man is drawn by the sound of people on the second floor. When he investigates he finds his classmate at the mercy of three men and a hideous tentacled horror. When the creature notices him, Akitoshi quickly learns that the only person who can save Mikage's life -- and his own -- is the magical warrior he saw in his dream.