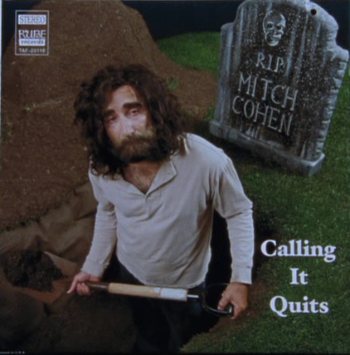 Wonder what his mood was when he made this album?

Sometimes you just have a bad day.

The people who tell stories are just like anyone else. The difference, though, is that if something in their life goes all wahoonie-shaped, they have someone to take it out on—the fictional characters that inhabit their created worlds. Thus, you occasionally end up with a story taking a sharp left turn into the author's psyche. Characters can die left and right, the teenaged hero's schoolteacher will be a sadistic tormentor, and no one's love life has any chance of turning out well.

Note that this doesn't necessarily make it bad; some shows have achieved their highest Ratings in the middle of a bout of Creator Breakdown, and it would be hard to argue that angst can't help you make some really good music. People who have something to work out through their creativity also tend to put a lot of effort into making it good, if it's concerning something important or special to them. See also Reality Subtext. However, look out for the Writer on Board. It can also lead to an overload of Wangst or Deus Angst Machina if the creator is really determined to make their creation suffer in their name. The most volatile demonstrations of the Second Law of Metafictional Thermodynamics arise from a Creator Breakdown.

May often be a cause of a Schedule Slip.

Contrast with Author Existence Failure where the creator of a work just dies, leaving a work in an incomplete state. If this happens to an in-universe Creator, see Mad God.

Of course, it's hard to tell when Creator Breakdown is happening, and when it's a case of Genre Shift for some artistic reason; you shouldn't put an example here unless you have it from the mouth of the creator themselves, or someone who knew them well. That said...

When an author simply rebels against a work that he's dissatisfied with, it's Creator Backlash.

Examples of Creator Breakdown are listed on these subpages:

Retrieved from "https://allthetropes.org/w/index.php?title=Creator_Breakdown&oldid=1711992"
Categories:
Cookies help us deliver our services. By using our services, you agree to our use of cookies.