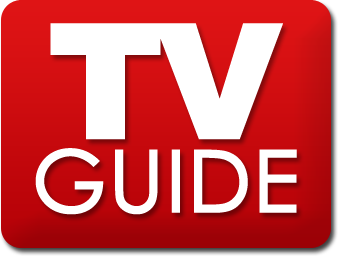 From its founding in the early 1950s until the 1980s, TV Guide was the most popular magazine in the United States, and appeared every week about Thursday, and would carry content for the following Saturday through Friday. Its primary focus was carrying local TV station listings. It started out as a split format, with approximately 15-30 slick magazine-type pages created by the national office in Radnor, Pennsylvania (later moving to King of Prussia), which formed the outside "shell" of the magazine. The inner portion consisted of local content, mostly TV listings for the local stations, printed on newsprint. The local content was created by about 20 local offices all over the U.S.

In the 1980s, TV Guide was sold to Rupert Murdoch's News Corporation, which proceeded to discontinue the TV station listings and turn the magazine into more of a general publicity rag, similar to People or a half-dozen other magazines already out. TV Guide was sold to Gemstar Corporation, inventor of the VCR Plus device that allowed people who couldn't figure out how, to program a VCR. However it was pretty much only bought in order to put a known brand behind their ubiquitous software seen on every cable and satellite guide, and to control patents for basic guide interfaces (such as the grid) which forced other guide providers to use other forms of presentation which are incredibly inconvenient, or like TiVo and Dish Network did, pay Gemstar and paste a TV Guide logo on the screen for the right to use the grid interface. (The software is now owned by Rovi Corporation.)

TV Guide basically exists now as a cable/satellite channel carrying on-screen listings with some fluff shows on Hollywood and infomercials, while the magazine was cut down to a singular national edition in 2005 which is filled with fluff pieces and lists, along with TV listings which make those in the Great Falls Argus look comprehensive.

Meanwhile the end of 2008 saw a disastrous divorce of the magazine/cable network's website and the magazine itself; the TV Guide Channel and TVGuide.com were sold to Lionsgate, while TV Guide was sold to a private equity group for $1, forcing the two entities apart onto two separate websites in a true What an Idiot! move. After basically nobody visited the magazine's website (mainly because there were no TV listings on it to speak of), Lionsgate eventually let the magazine put their site back on TVGuide.com in June 2010 as a conciliatory move.

TV Guide, a production fairly typical of banal lowest-common-denominator TV listings magazines around the world (Great Britain also has its fair share) was responsible for the utter destruction of the original Jump the Shark website. Having bought out the JTS website, TV Guide stripped the guts out of it and removed everything that made it compulsive reading. For one thing, JTS had genuine international appeal. For instance, British shows not screened in the USA could be debated and deconstructed. TV Guide wrecked this aspect by stripping out the international content and retaining only a fraction of what there had once been, which was exclusively tied to current American shows. (And they wonder why Americans in the main are so parochial and inward-looking...) This act of wanton vandalism towards a genuinely great, original and readable website will always be remembered, even if it cannot easily be forgiven.

The final word on TV Guide is that, in Family Guy, Peter Griffin identifies it as his favourite magazine... Homer Simpson also regards it as indispensable intellectual literature. Says it all, really...

Tropes used in TV Guide include: