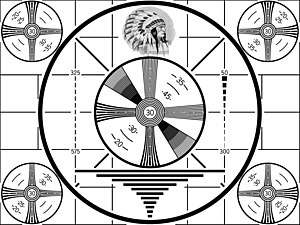 Our programming day will begin shortly.

All about the medium of television, its sub-categories, and TV-specific tropes that cross those divisions. See also Formats.

Television is traditionally viewed on a television set, though these days people can catch up on their favorite programs via computer and mobile devices. Commercially available since the 1920's, but only really catching on in the 1950's, home televisions were largely big, heavy, and limited to a 4:3 aspect ratio until about the turn of the millennium.

Not to be confused with the Punk / New Wave band of the same name.

This category has the following 27 subcategories, out of 27 total.

The following 74 pages are in this category, out of 74 total.

Retrieved from "https://allthetropes.org/w/index.php?title=Category:Television&oldid=1932267"
Categories:
Cookies help us deliver our services. By using our services, you agree to our use of cookies.