Everything About Fiction You Never Wanted to Know.
(Redirected from Useful Notes/India)
Jump to navigation Jump to search 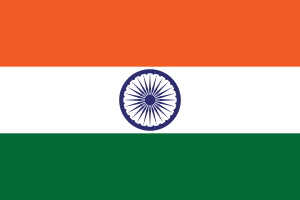 A really long story made short - The world's largest and most complex democracy. Also birthplace of Indus, one of the five earliest civilizations in the world which together formed the foundation of human culture, along with Mesopotamia, Egypt, China, and Mesoamerica.

Arguably, the concept of India as a whole begins in 4th century BCE, when most of the subcontinent came under the Maurya Empire, ruled by King Chandragupta Maurya with his adviser, Chanakya. The empire was formed, uniting the many fragments of the subcontinent, presumably as a defense against the Greek invasion led by Alexander the Great. This theory is given credence because Chanakya, the architect of Chandragupta's rise to power, viewed the Greek conquest as an invasion on Indus culture. Chanakya is today regarded as one of the greatest War Strategists of all time, and the tale of his cunning tactics and ploys against the Greeks (both Alexander and his successors) have grown into legend.

Chanakya's manipulations struck several blows to the invading Macedonian army, not the least of which was Alexander almost getting killed, twice, during and after the Battle Of Hydaspes, which is a story unto itself (see the Maurya Empire article for more). As a result, India went almost completely unaffected by the Macedonian Conquests.

Although the Empire went into decline after the deaths of Chandragupta and Chanakya, and soon broke up into what would later be termed the Middle kingdoms of India, most of the kingdoms co-existed in peace, and trade routes started by Maurya flourished over the next 1,500 years. This classical period is known as the Golden Age of the country, during which India became the wealthiest economy in the world. [1] It is estimated that almost one-third of the entire world's wealth was under India's control at the dawn of the 18th century, when the Europeans, most importantly the British, came calling.

Under British Colonial Rule, first under the East India Company and then directly under the Crown, two hundred and fifty years of rapid economic decline followed. Britain created a modern, united, well-developed system of rule, with railways, telegraph and court systems - but the entire infrastructure was specifically designed to exploit the resources of the country, with no regard as to the consequences for the Indian people. The two and a half centuries of brutal, plundering Colonial Rule gave birth to one of the poorest, most struggling economies in the world, with frequent famines, stalled industrial development, poverty and widespread illiteracy. This is known as "The Drain" in Indian history, when the near entirety of India's wealth and resources were annexed and pillaged by the British. Britain then proceeded to popularize this image of the 'Poor India' around the world, emphasizing that such a country of "savages" was unfit to rule itself.

Obtaining total Independence from Britain on August 15th, 1947, India was divided into what is now modern India, Pakistan, Portugese occupied Goa (which was later conquered and integrated into India--not that most Goans had any problem with it), Bangladesh (which broke off from Pakistan in '71 with India's help), Bhutan (which remains independent), and Sikkim (which was an Indian protectorate from independence to 1975, at which point it was admitted as a state). A much-overlooked fact is that because of the structure of the British Raj, India had to fight for considerable swaths of its own territory (Kashmir aside): while the parts of the subcontinent under direct British rule immediately became part of the Union of India (as it was called before it became a republic in 1950), the Princely States, which Britain theoretically governed indirectly through traditional Indian monarchs, now had the option of joining India, joining Pakistan, or remaining independent. Majority-Muslim states on the border with Pakistan tended to join Pakistan without controversy, while most others chose to join India. However, several princely states refused to follow the obvious patterns, the most notable of which are Kashmir, Junagadh, and Hyderabad, all instances where the ruling elite was a different religion from the majority of the population in the state. Kashmir, where the ruler was Hindu and the people Muslim, is quite possibly the biggest political can of worms in the world today besides the Arab-Israeli Conflict and (historically, perhaps) The Troubles. The other two major instances involved a Muslim ruler over a majority-Hindu state: Junagadh's Muslim prince decided to join Pakistan despite not bordering it at all, leading India to essentially lay siege to the territory, and eventually the prince fled. Hyderabad's Muslim ruler decided he didn't much care to be part of India or Pakistan, and Hyderabad had to be integrated by force of arms.

A lot of the problems the British left behind are still there now, most notably a high rate of illiteracy in the more rural areas, which both the government and private organizations are fighting to change. Sixty years of quick, accelerated development later, India today is the world's largest democracy, maintaining the second largest military in the world, a nuclear superpower, and the only nation that has U.N permission to trade in nuclear fuel without having signed the Non-Proliferation Treaty.

For a country that has only had six decades of actual modern development, it says a lot about how fast the nation is moving forward, especially when Americans today are concerned that Indians are surpassing them in the IT sector. Poverty is extremely widespread still, with 41% of the nation falling below the poverty line (and an equal percentage of malnourished children), and the nation containing a third of the world's poor. It is trying to deal with these problems, but it will be a slow climb.

(Note: A lot of the pages below are unfinished, so just go ahead and create/expand them if you think you can.)

The History Of India

Misrepresentations of India in International Media

Indian Food & Cuisine - Contrary to popular belief, it's not all spices and pepper.

The People Of India

It Happens Only In India

Retrieved from "https://allthetropes.org/w/index.php?title=India&oldid=1896182"
Categories:
Cookies help us deliver our services. By using our services, you agree to our use of cookies.