Everything About Fiction You Never Wanted to Know.
Jump to navigation Jump to search
/wiki/21 Savagecreator 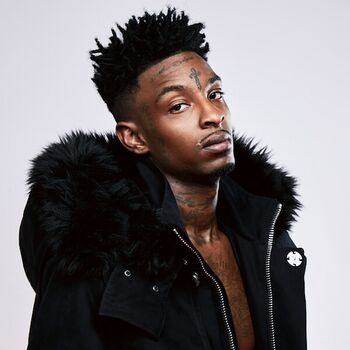 Shayaa Bin Abraham-Joseph (born October 22, 1992), known professionally as 21 Savage, is a British-American rapper known for his harsh lyrics and delivery. He gained popularity with his 2016 EP Savage Mode with producer Metro Boomin and was part of the "Freshman Class" of 2016 by XXL.

Before making music, 21 Savage used to in a gang of Bloods and committed many crimes. In 2013, on his 21st birthday, he was shot six times and his best friend was killed during an attempted robbery. His rapper name alludes in part to that event.

They like, "Savage, why you got a twelve car garage
And you only got six cars?"

"Way out in the hills, I just sign the deal
I ain't take no advance, so you know that split was real"