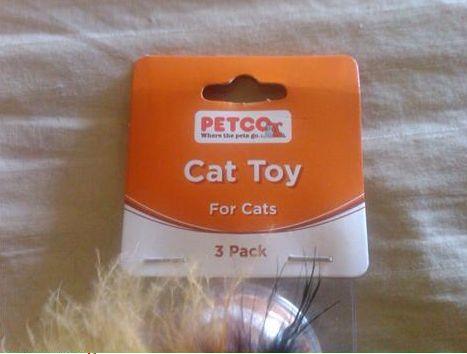 In case you're not sure if it's a cat toy for iguanas or something.[1]

When listing things, a character will repeat an item. Might end with "Did I mention X already?" when making a list. Common ways for it to show up are a list going "A, B, C, B, D, B, E... and did I mention B?" and "You said X twice." "I like X." These occur frequently, especially when listing things. This might also cause another character to remark "But of course!" in a French accent (in a play on the French expression mais bien sûr).

The venerable Firesign Theatre gets credit for naming this trope on their classic 1970 album Don't Crush That Dwarf, Hand Me the Pliers, the album where the trope name comes from.

Examples and various cases that are exemplifying the trope

Advertisements using TV to promote products to you on television

Fan Works created by Fans of Works which have Fans

New Media which is New and is a form of Media

Newspaper Comics printed in the Comics section of Newspapers

Radio playing Radio Music and Radio News on the Radio

Standup Comedy done by Comedians while Standing Up

This trope probably having originated with comedy means it's quite common among stand-up comedy.

Tabletop Games played by Gamers on the Top of a Table

Toys that you Play with using your Imagination

Warning Labels That Provide Warnings on their Labels

Webcomics made and Uploaded to the Internet by Webcomic Artists

He loves that part of the job.

Retrieved from "https://allthetropes.org/w/index.php?title=Department_of_Redundancy_Department&oldid=1942690"
Categories:
Cookies help us deliver our services. By using our services, you agree to our use of cookies.