Everything About Fiction You Never Wanted to Know.
Jump to navigation Jump to search
/wiki/Gail Simonecreator 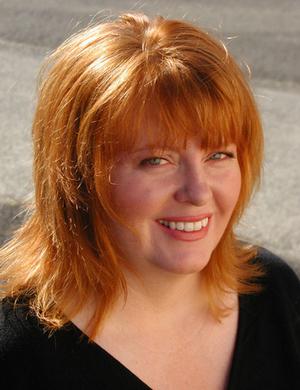 One of the few well known female comic book writers in existence. Simone has written multiple books, mostly for DC Comics (including Birds of Prey, The All-New Atom, and Wonder Woman), though she also had a famous run on Marvel's Deadpool. She is the one charged with coining the infamous term Women in Refrigerators, and has an entire website dedicated to such instances.

Gail is known for being unfailingly polite and friendly to her fellow creators (going as far as to say Amazons Attack! has good points and defending the artwork of Rob Liefeld when they did a Teen Titans arc together), and interacting a lot with the Internet fandom. She visits and debates with members of scans_daily, has founded the Wonder Woman section on the CBR boards and hangs around Comic Bloc as well. She used to be found on the You'll All Be Sorry! forum on Comic Book Resources, named for a satiric column on comics she used to write before working for mainstream comics. Now she has a board on Brian Bendis' Jinxworld Forums

She's recently finished Secret Six and finished a run on Birds of Prey, which she started writing after a run on Wonder Woman. Currently, she is writing Batgirl and co-writing The Fury of Firestorm with Ethan Van Sciver.