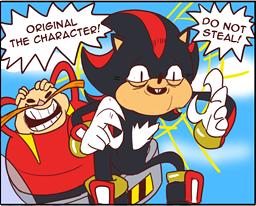 On that note, original characters have a bit of controversy surrounding them. Most people read fanfiction to see the canon characters and feel cheated when they find that the story basically reduces them to satellites in favor of what is often a Mary Sue, especially when there are already enough characters as it is. This isn't always the case, of course, but Sturgeon's Law means the odds are good.

Retrieved from "https://allthetropes.org/w/index.php?title=Original_Character&oldid=1714757"
Categories:
Cookies help us deliver our services. By using our services, you agree to our use of cookies.