Everything About Fiction You Never Wanted to Know.
(Redirected from Useful Notes/Canada)
Jump to navigation Jump to search

Canada is the second largest country in the world by area, and has a population of 35 million people as of the 2016 census. Compared to other countries, its population is pretty small, boasting a population density of only 3.5 people per square kilometre (the UK squeezes 255 people into the same amount of space). Despite being few, historically the provinces and territories like to fight with one another, in more modern times resorting to snide jokes and CFL rivalries. The Western provinces (British Columbia, Alberta, Saskatchewan and Manitoba) like to hate on Central Canada (Ontario and Quebec), the Maritime Provinces (Nova Scotia, New Brunswick, and Prince Edward Island) have severe inferiority complexes and resent that they never get any of the good stuff, Newfoundland and Labrador sort of still collectively wishes they hadn't joined Confederation, while the Francophones in Quebec look poorly upon the Anglophones in the rest of the country (the "ROC"[2] as it's known). Meanwhile the Anglophones in Quebec just quietly try to subvert the language laws. Every province likes to bash Ontario, and all Canadians who don't live there like to talk about how much Toronto sucks. Why is it like this? Mainly because of the confusing origins and exacerbated regional differences. That said, Canada is still a unified country, and the rivalry that goes on is similar to that of any country. 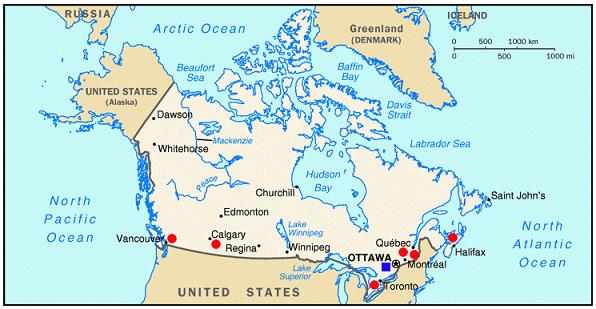 Three of the most memorable moments to most Canadians in their history include: the The War of 1812; the Battle of Vimy Ridge in World War I, using tactics by Canadian General Arthur William Currie to capture the ridge from the Germans; and finally, Game 8, 1972, Canada v. Soviet Union[3].

Insisting that Canada is still a Dominion of the United Kingdom or is in any way in some sort of union with the United States is bound to stir up some backdraft amongst Canadians, as will suggesting Quebec should be independent (outside of Quebec, minus certain parts of Montreal).

Culturally, Canadians are perceived as being modest, quiet, and a bit like a backwards rustic neighbour. The Canucks With Chinooks page shows just how inaccurate that is. Similarities to America are profound, but those similarities are heatedly protested by Canadians. If one is asked to think of "Canada", generally the idea of plaid-wearing lumberjacks in a snow-filled pine forest where moose and beavers frolic about and bears savagely roam is imagined. Somewhere, ice hockey is filled in. Maple syrup (as well as the maple leaf, which is on Canada's flag) is commonly associated with Canada, and--like Alaska--it's hard to imagine not covered in snow and freezing.

Canada isn't all wine and roses (or beer and skittles), though. The "residential schools" -- a systematic program of cultural genocide against the native peoples -- is a part of living memory... but, while we're willing to admit it, taking steps to atone is something that has barely if at all started. And, in our own way, we're just as racist as the USA; we're just better at convincing ourselves (and the rest of the world) that we aren't.

If you're looking for Hollywood Canada, see Canada, Eh?. 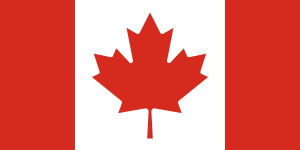 Retrieved from "https://allthetropes.org/w/index.php?title=Canada&oldid=1945479"
Categories:
Cookies help us deliver our services. By using our services, you agree to our use of cookies.