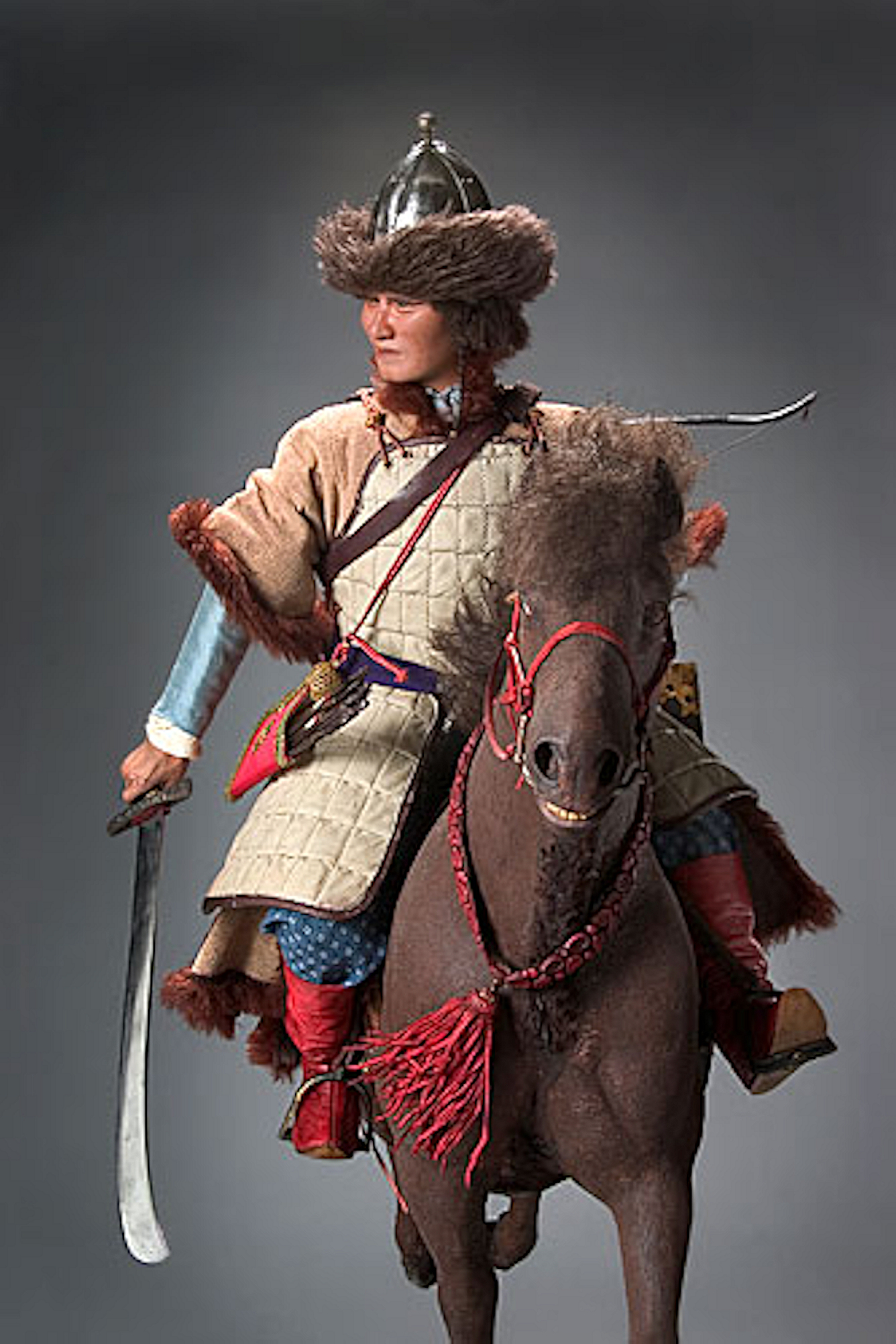 No known image of Attila exists from life. This is a likeness by artist and historian George S. Stuart created from his physical description mentioned in historical records.

Attila was the ruler of the Huns from 434 until his death in 453. He was leader of the Hunnic Empire, which stretched from the Ural River to the Rhine River and from the Danube River to the Baltic Sea. During his reign he was one of the most feared enemies of the Western and Eastern Roman Empires, earning him the sobriquet "The Scourge of God". He also attempted to conquer Roman Gaul (modern France), crossing the Rhine in 451 and marching as far as Aurelianum (Orléans) before being defeated at the Battle of the Catalaunian Plains (aka the Battle of Chalons). Subsequently he invaded Italy, devastating the northern provinces, but was unable to take Rome. He planned for further campaigns against the Romans but died in 453.

Retrieved from "https://allthetropes.org/w/index.php?title=Attila_the_Hun&oldid=1675341"
Categories:
Cookies help us deliver our services. By using our services, you agree to our use of cookies.