Everything About Fiction You Never Wanted to Know.
(Redirected from Alternate Character Interpretation)
Jump to navigation Jump to search 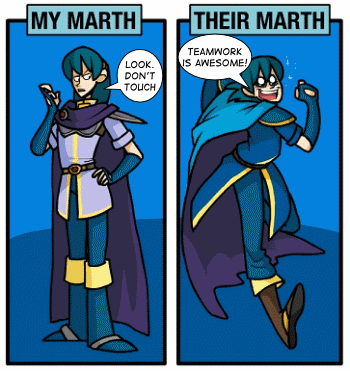 "Sometimes I forget that I kinda sorta totally made up his characterization for the purposes of this comic."

When a character is subject to multiple interpretations about precisely who they are and what makes them tick.

For example, Lt. Columbo is most commonly believed to use Obfuscating Stupidity. However, there's a camp that believes that he, instead, is a genuinely absent-minded and socially inept person whose natural tendency to infuriate people causes them to underestimate him, therefore aiding him in his detective work. Although the end result is the same, this would make him more of a Genius Ditz.

Fandom, naturally, loves subjecting their favourite characters to this process. They can be just for fun, or serious re-interpretations. People often like to explore alternative interpretations of characters in Fanfic form. In any case, as long as the facts are accounted for, nobody is too badly hurt.

It's not just the fans who have all the fun, though; creators can often present characters who are subject to alternative viewpoints by those around them. Sometimes, writers rely on this for Subtext and to keep as broad a fandom as they can. This is particularly common in long running Doorstopper epic series full of intrigue and deception, such as as-yet unfinished A Song of Ice and Fire. Keep it up too long, though, and you'll have to give some indication one way or another and risk alienating a group. If you can make a solid case for Alternative Story Interpretation, you have a strong case of Applicability.

On the other hand, if the fans disregard the facts or make up new ones, they can become Fan Wank of the most horrifying variety. This can become canon if fans start Running the Asylum.

This trope is frequently used to put Draco in Leather Pants, expose Ron the Death Eater, or set someone up to Die for Our Ship. It's also common in sprite comics, which often use non-Canon personalities for their characters.

Alternate Aesop Interpretation is a sister trope that applies to morals instead of character motivations. See also Interpretative Character, Perspective Flip, Satan Is Good, God Is Evil, Depending on the Writer. See Misaimed Fandom for when an alternative interpretation becomes popular, much to the chagrin of the writers.

Examples of Alternative Character Interpretation are listed on these subpages:
Retrieved from "https://allthetropes.org/w/index.php?title=Alternative_Character_Interpretation&oldid=1563954"
Categories:
Cookies help us deliver our services. By using our services, you agree to our use of cookies.