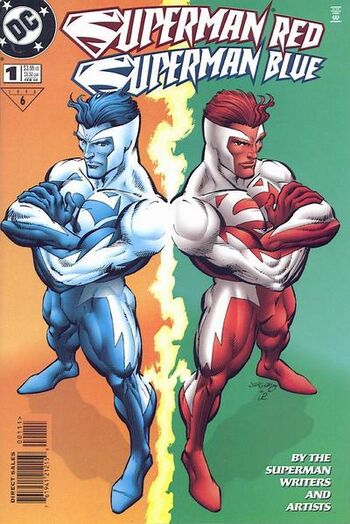 Remember this? No? Good.

There's a very strange relationship between character/plot development and maintaining the status quo. Changing said status, if done poorly, may result in a Dork Age. A Dork Age is a period in a franchise, especially Long Runners, where there was a dramatic change of concept or execution, usually to stay current, and it simply did not work.

It could be an ill-advised "new direction". Or a costume change that was dated the instant it premiered. Maybe it's a timely gimmick that was dated five months before it premiered. Perhaps the character lost their trademark powers and went through a run of very different ones. Or there was a Retcon that revealed something that didn't quite gel, or attached a completely new mythos that came off as completely at odds with a character's history and overall mood. Sudden Genre Shifts. Clones. Scrappies. Many and unsubtle are the forms of the Dork Age.

While this trope is most readily associated with fictional characters, note that musicians and other performers can enter Dork Ages as well. Especially when they try (and fail) to form a new and radically different onstage persona, experiment with a very different genre, or attempt to dramatically alter their entire image permanently, or a band loses a key member. You know a band is in its Dork Age if you, as a fan, are wholly unaware that they're still around and releasing albums.

This fundamental change is often an attempt to attract new fans. Unfortunately, that usually does not work. Worse, the change does not go over well with the established fans. Generally, the more dramatically something diverts from its basics, the more likely it's the beginning of a Dork Age.

Now a Dork Age isn't necessarily a bad idea - not in theory at least - but depending on how deep a legacy runs, it can make for a strange detour. It's much easier to spot in hindsight. The main clue that a Dork Age has happened is that it's mentioned as little as possible by newer writers. You can bet a series with Adaptation Distillation will never mention it.

That said, often there will be a group of fans who remember the Dork Age with affection, and every so often there may be a Continuity Nod about it. Once enough distance has been put between the readers and the offending material, it'll usually be considered "safe" and people will start referring to it again, often in a self-deprecating jest.

And much like Jumping the Shark, this is most evident and should be supported upon retrospect. A Dork Age can sometimes be a Franchise Killer, and also a result of Seasonal Rot, but quite often those involved learned their lesson and things will change upon recognizing the dork age. It's They Changed It, Now It Sucks when it really does suck.

This trope's name evolved from the Wiz Kid Time Skip of BattleTech, which they called Mechwarrior: Dark Age. You can see what the fans did there.

See also Fanon Discontinuity, Canon Discontinuity, Running the Asylum. If the causes of the Dork Age are visible in earlier, good installments (if to a much lesser degree), we can point to that as the Franchise Original Sin. Often happens because a Long Runner feels the need to say "We're Still Relevant, Dammit!!", or because the creator had a Tough Act to Follow. See Dead Horse Music Genre for the musical era equivalent. This can be a lucky case of Jumping the Shark and surviving later. Speaking of sharks, see Voodoo Shark for a similar trope applied specifically to plot devices. For the network equivalent (though it is somewhat more akin to Jumping the Shark or Seasonal Rot) see Network Decay.

Examples of Dork Age are listed on these subpages:
Retrieved from "https://allthetropes.org/w/index.php?title=Dork_Age&oldid=1762971"
Categories:
Cookies help us deliver our services. By using our services, you agree to our use of cookies.