Everything About Fiction You Never Wanted to Know.
Jump to navigation Jump to search
/wiki/Emma Thompsoncreator 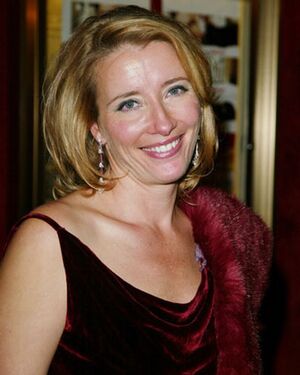 Thompson is also the only person who's won Academy Awards in both screenwriting (Sense and Sensibility) and acting (Howards End). Compare with Barbra Streisand, Laurence Olivier, and Michael Douglas, who also have unusual Oscar combinations.

The Other Wiki has a page listing her roles "on stage and screen".

Retrieved from "https://allthetropes.org/w/index.php?title=Emma_Thompson&oldid=1803169"
Categories:
Cookies help us deliver our services. By using our services, you agree to our use of cookies.