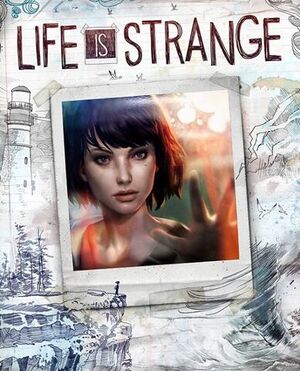 "Max, you are not crazy. You are not dreaming. It's time to be an everyday hero."
—Max Caulfield

Life Is Strange is an episodic graphic adventure video game developed by Dontnod Entertainment and published by Square Enix, released from January to October 2015.

Max Caulfield, a photography student, discovers that she has the ability to rewind time at any moment and foresees an approaching storm about to destroy her hometown of Arcadia Bay. Reunited with her childhood friend Chloe Price, Max takes on the responsibility of preventing the storm and solving the disappearance of Rachel Amber, Chloe's friend.

Life Is Strange: Before the Storm, a prequel developed by Deck Nine and focusing on Chloe, launched in August 2017. A sequel, Life Is Strange 2, with an unrelated story, was released in September 2018. A free spin-off, The Awesome Adventures of Captain Spirit, related to the sequel, was made available in June 2018.

A comic book series of the same name, set after the "Sacrifice Arcadia Bay" ending of the game, was released by Titan Comics beginning November 2018.

Tropes used in Life Is Strange include:

"He would want to marry me immediately, just so he could have his own human time machine. Or capture me for scientific experiments. Or make me go to the drive-in with him."

Mr. Jefferson: I could frame any of you in a dark corner and capture you in a moment of desperation.