Everything About Fiction You Never Wanted to Know.
< Alternative Character Interpretation
Jump to navigation Jump to search 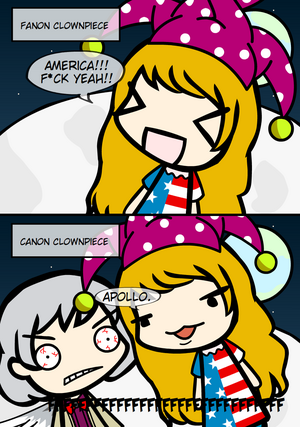 Locke: I can't believe this clunky old thing can fly... You sure it'll stay in the air?

Setzer: When things fall, they fall... Life's a game of chance. You play your cards, and Fate plays hers...

- No wonder Navi tried to drive him crazy.
- HEY! LISTEN is the new danger whistle

Sakuya: That child goes around with an air of evil and fear around her, but I know she is really very gentle and vulnerable.

Back to Alternative Character Interpretation