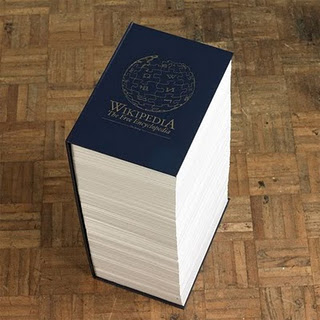 A common literary term that refers to a book so thick and heavy that it can be used as a doorstopper. Or a weapon. Or a method with which to give a chiropractor a job. While it is likely to be used in a spirit of derision, as it evokes the idea of Padding in spades, there are also many fine books that could technically stop a door or kill a man in a pinch.

Proper Doorstoppers (also known as Tree Killers) should be over 500 pages. If one book is over 1,000 pages, it is probably a Doorstopper. This goes double if the typeface is smaller than 10 point.

Oftentimes, publishers will turn an ordinary trilogy, tetralogy, or series into one huge book. This is not strictly a Doorstopper but an "Omnibus". These books, though, can invariably be used to stop doors, press flowers, act as fake gold in a bank robbery, or crush small children. These are sometimes for the convenience of fans of the series.[2]. Other times, with very long series or ones where the order almost doesn't matter, it's to sell volumes that don't sell anywhere near as well as the most popular books in the series.

Can and will cause massive muscle fatigue when reading while holding the book in your hands. Can also cause the text to disappear into the center fold or the book to rip apart halfway through reading.

When a character takes this trope a little too literally, see Useful Book. Extremely useful if one wishes to Throw the Book At Them.

And what's a doorstopper without Loads and Loads of Characters? Of both types.

Examples of Doorstopper include:

Why is this page so long?

Retrieved from "https://allthetropes.org/w/index.php?title=Doorstopper&oldid=1945274"
Categories:
Cookies help us deliver our services. By using our services, you agree to our use of cookies.