Bad Mood As an Excuse 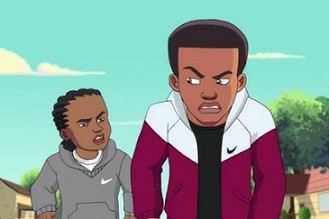 Let's say Bob is really cranky for some reason or another. Maybe someone's ruining his life and eating all his steak and it's really getting to him. If he just grumbled and steamed about it, we would be able to just conclude that Bob is in a bad mood. However, Bob has just done something nasty to someone else. Maybe he's yelled at his best friend Alice, or else he's smacked Charlie in the face. In extreme cases, he killed Kenny. Whatever Bob has done, his bad mood was a factor in it and he uses it as an excuse for his actions.

Also often connected with a Bad Boss or Troubled Abuser, whose first instinct towards a bad mood is usually to lash it out on someone below them. Almost always linked to either Disproportionate Retribution or Misplaced Retribution (or both).

Examples of Bad Mood As an Excuse include:

Retrieved from "https://allthetropes.org/w/index.php?title=Bad_Mood_As_an_Excuse&oldid=1926891"
Categories:
Cookies help us deliver our services. By using our services, you agree to our use of cookies.