Everything About Fiction You Never Wanted to Know.
(Redirected from Disproportionate Retribution)
Jump to navigation Jump to search 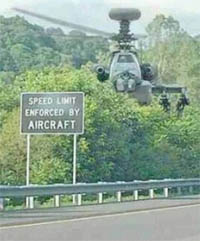 In some situations, it makes sense to let the opponent know that if they so much as sneeze on someone you Protectorate, it will cost them a limb. If you have tried an eye for an eye and it really didn't do anything except help sell eyepatches, the only way to stay alive is to be drastic. It's a common tactic of the military.

That said, the "Justice" these rivals have in mind is more akin to a brutal beat down... well, most of the time it is an actual brutal No-Holds-Barred Beatdown, supposed to culminate in the hero's humiliation or death. Any attempt to get them to see the (all too obvious) truth, show mercy, or realize they're a step away from utterly ruining the heroes' life/committing murder will never succeed. It invariably takes the hero beating the rival, be it in a Cooking Duel or Good Old Fisticuffs, and proving Right Makes Might for the poor deluded soul to realize they were wrong all along, sometimes even coming around and realizing that Defeat Means Friendship.

All too often, these obstinate antagonists refuse to see reason. The idiot antagonist promises that he'll come back to kill the hero, and shove his "mercy" and offer of friendship down his wind pipe. It might take the arrival of a plot significant character to clear things up hand out some Epiphany Therapy to all involved. Note that this always happens after the hero pulls his bacon out of the deep fryer, never before. Would it kill Mr. Exposition to be punctual? It's certainly killing the hero!

This is not limited to the antagonist's side. God help you if that hero you've harmed has a Poisonous Friend. And all parties to a Masquerade, good or bad, are often required to kill any poor schmuck who accidentally sees something he's not supposed to.

See also Make an Example of Them (self-contradictory as the "example" is always disproportionate), Revenge by Proxy, Revenge SVP, Shoplift and Die, Irrational Hatred, Cycle of Revenge, and Curb Stomp Battle. See Die for Our Ship and Ron the Death Eater for when fans demand/imagine disproportionate retribution for fictional characters.

Can be related to What Do You Mean It's Not Heinous?. May be used as part of Cruel Mercy. A common habit for Lawful Stupid characters. Compare with Misplaced Retribution, where the punishment is inflicted on the wrong people. Can lead to There Is No Kill Like Overkill when the avenger won't let up even after the victim has stopped breathing.

Contrast with Unishment and Restrained Revenge.

Retrieved from "https://allthetropes.org/w/index.php?title=Category:Disproportionate_Retribution&oldid=1245078"
Categories:
Cookies help us deliver our services. By using our services, you agree to our use of cookies.