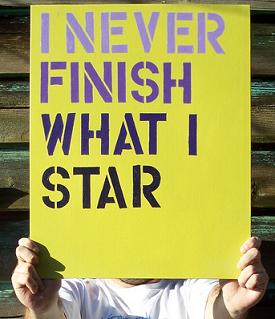 I may come back to write a funny caption for this, but Candle Jack says that he'll kidna

When the author of a series abandons the storyline entirely, either from lack of interest, time, money, inspiration, or pulse, the series is said to be orphaned.

This is a distressingly common problem with Web Comics, as many are written part-time by authors who have significantly underestimated the amount of time and effort of scripting and drawing three strips a week; a series may begin to suffer more and more frequent (or longer) schedule slips, until the author either takes an extended hiatus which then becomes permanent, or else simply stops updating the series without warning to the readers. Free comic hosting sites such as Comic Genesis and Drunk Duck are littered with the wreckage of hundreds of such series, some of which have only a single introductory strip to indicate that they ever were even conceived.

On rare occasions, a seemingly Orphaned Series may be resurrected, either by the original artist or by another taking it over. Fans may wait for years in vain for this to happen, but it almost never does.

An even worse case is when the webcomic literally vanishes from the Internet, because the account it was hosted on was deleted due to the bill not being paid in a long time.

The more extreme Schedule Slips blur the line. See also Dead Fic. Compare Vaporware, which is something the creator claims not to have given up on—but almost all the fans have.

Here's an article in The Other Wiki about it.

Examples of Orphaned Series are listed on these subpages:
Retrieved from "https://allthetropes.org/w/index.php?title=Orphaned_Series&oldid=1925824"
Categories:
Cookies help us deliver our services. By using our services, you agree to our use of cookies.