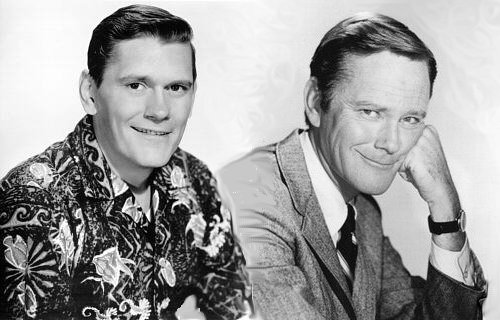 Which Dick do you prefer?

A new actor is brought on to play the same character as an actor who left, with no explanation for the switch being given to the audience. Named for the famous Darrin swap case: Dick York to Dick Sargent, on Bewitched.

This is a notable phenomenon only with the rise of series television. Prior to TV, there was no expectation that a role in a theater production would be played by the same actor. It was common for a dramatic work to be performed anew for each new audience. It was assumed that any production of a particular would seek out whatever actors it wanted for the roles. Even an ongoing live performance production could feature multiple actors in the roles.

However, TV broadcasting made a bond between a role and a particular actor. Television audiences, unlike theater audiences, found it more difficult to suspend disbelief in this respect. This was likely due to the fact reruns existed which would forever tie the appearance of a character to the actor that played them. Thus while a play or even a series of plays could have the characters played by different actors, television could not because the original would still be around in the old shows.

In daytime soaps, there are several standardized ways this is done:

When the character replacement is addressed in the work, the trope is The Nth Doctor.

Compare with Suspiciously Similar Substitute, Fake Shemp and The Other Marty. Contrast with You Look Familiar. Can be Hand Waved by the Literary Agent Hypothesis. Often subject to Replacement Scrappy-ism. Often done with Continuity Reboots. Occasionally explained away with Magic Plastic Surgery. Usually the replacement is a Poor Man's Substitute.

Examples of The Other Darrin are listed on these subpages:
Retrieved from "https://allthetropes.org/w/index.php?title=The_Other_Darrin&oldid=1961276"
Categories:
Cookies help us deliver our services. By using our services, you agree to our use of cookies.