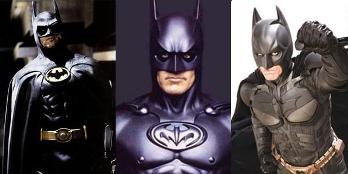 The writers of a particular work are about to start working on a continuation story, but they have an irreparable issue with the prior continuity.

Maybe Continuity Lock Out is preventing new fans from being attracted to the series. Maybe Continuity Snarl has made writing an interesting plot increasingly difficult and tedious. Maybe the last episodes of the series were so disliked that subsequent episodes would suffer from being associated with it. Or maybe the writers just want to take the series in a new direction or style.

The solution? Initiate a Reboot, sometimes called a Continuity Reboot.

A Reboot means the complete elimination of all continuity within that specific franchise. It's not a Reset Button or Snap Back: while those revert the continuity to a previous state, a Reboot erases it, providing the authors with a new clean slate to work on. In one form, as far as later works are concerned everything before it is Canon Discontinuity.

Due to inconsistent use, the differences between a remake, reboot, and re-imagining are sometimes unclear, and many things that were called remakes or re-imaginings prior to 2005 would have been called reboots if they'd been made after 2005 (or if Batman Begins had been made many years earlier). In general, a remake will tell more or less the same story as the original work, a re-imagining will start off at a similar point but go in a completely different direction (as Planet of the Apes 2001, Battlestar Galactica 2003 and Ghostbusters 2016) or take an extremely different route to reach the same endpoint (Robocop 2014), and a reboot will tell a completely new story without giving the slightest shit about where the previous continuity started (as in Batman Begins, X-Men First Class, and Rise of the Planet of the Apes), though it may share a similar starting point with a previous continuity if both were adaptations of a story from a different medium (as in Man of Steel and The Amazing Spider-Man). There is also the loose retelling, which may overlap with reboots or re-imaginings. For example, Friday the 13th 2009 was a loose retelling of the first four F13 movies, and is probably best described as a re-imagining of the "extremely different route to reach the same endpoint" variety, while Man of Steel is a hard reboot but has also been described as a loose retelling of the first two Superman movies.

Some types of reboots don't completely disregard previous continuity. A partial reboot will decanonize some of the previous continuity, but not all of it, and pick up where the original movie or a much earlier sequel left off. Reboots of this type include Superman Returns (which disregarded Superman III and IV and picked up where Superman II left off), Terminator: the Sarah Connor Chronicles (which disregarded T3 and picked up where T2 left off), Terminator: Dark Fate (which disregarded everything from T3 onward and picked up where T2 left off), and most things with Halloween or Highlander in the title. A time-travel reboot will acknowledge the previous continuity, then use timey-wimey balls to wipe it all out anyway (as in Star Trek 2009 and Terminator Gene Geny Gine the fifth one). And then there are the X-Men movies, where First Class was intended to be a reboot, but then Days of Future Past retconned it to be a prequel to the X-Men trilogy while simultaneously using time travel to wipe out the events of the X-Men trilogy, because Hollywood writers are great at logic and planning things out.

Frequently, a Continuity Reboot will include one (or more) Tone Shifts, usually to whatever is considered the best money-maker for the target demographic, Darker and Edgier being the most common, but could just as easily be Lighter and Softer.

Sequels that don't erase any previous continuity, but also have very little dependence on it, are sometimes incorrectly called "soft" reboots. However, they are reboots in the same way "alternative facts" are facts and "social justice" is justice (or in other words, not at all).

A close relative of the regular Retcon and Cosmic Retcon. The most extreme example of a Retool. Compare with Alternate Continuity, Adaptation Distillation, and The Remake, not related to Story Reset. For a character that causes the reboot, see Continuity Rebooter.

Examples of Continuity Reboots include:

Retrieved from "https://allthetropes.org/w/index.php?title=Continuity_Reboot&oldid=1952301"
Categories:
Cookies help us deliver our services. By using our services, you agree to our use of cookies.