Everything About Fiction You Never Wanted to Know.
Jump to navigation Jump to search
/wiki/American Broadcasting Companycreator 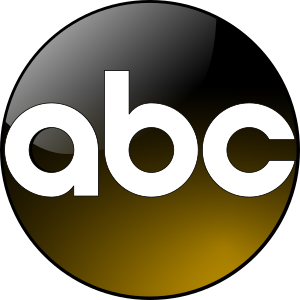 The American Broadcasting Company, owned by the Walt Disney Company since 1996, was spawned from NBC in 1943, where it originated as the "NBC Blue" radio network as the result of an antitrust ruling. It changed its name to ABC the following year, and launched its television network in 1948.

In the '50s, ABC was the traditional third-runner in the American Ratings, usually finishing a distant last to the other, "older" networks. Starting in the '60s, however, ABC began to make up for this by targeting younger audiences with shows like American Bandstand, The Mod Squad, Batman and Room 222, as well as traditional Dom Com fare like Bewitched and The Brady Bunch. Then, in the '70s, it hired Fred Silverman away from CBS. With Silverman's invention of the Jiggle Show (with Charlie's Angels and Threes Company), loading the schedule with sitcoms (Happy Days and others), and the broadcast of several significant Miniseries (Roots, Rich Man Poor Man) and sports events (Monday Night Football, Wide World of Sports, the Olympic Games), ABC saw both its ratings position and its revenue skyrocket. By the end of the decade, it had become a dependable frontrunner and completely lost its "also-ran" cachet. Among the things that helped this was the signing of several of NBC's affiliates in mid-sized markets, as their existing affiliates in those markets were, like their network, not strong performers (and several were on the less-desirable UHF band).

ABC's run at the top stretched into the '80s, but began to slip midway through the decade. The once-moribund NBC was experiencing its resurgence under Brandon Tartikoff, and hit shows like Threes Company and Laverne and Shirley were coming to an end. While ABC was still producing hit shows like Dynasty, Moonlighting, The Wonder Years, Growing Pains and MacGyver, it was also producing bombs like Dolly and the Lucille Ball Sitcom Life With Lucy. The network wound up being bought out by a media company only a tenth its size, Capital Cities Communications, in 1985. After this, the network became more financially conservative (as its new owner had been known for prior to the purchase), tightening its purse strings and slowing investment in new series.

In the '90s and early 2000s, the network's only success story was its spectacular subversion of the Friday Night Death Slot, the TGIF comedy block on Fridays, which featured such shows as Full House, Family Matters and Boy Meets World. Hits on other nights, such as The Practice and Alias, were few and far between, and attempts to launch a hit Reality Show (like CBS' Survivor and FOX's American Idol) proved to be embarrassments. It briefly enjoyed massive success with the hit Game Show Who Wants to Be a Millionaire?, until they started marketing the show to death by airing it four nights a week, turning it from a megahit into a punchline almost overnight. Also during the '90s, Capital Cities was bought by The Walt Disney Company, the network's current owner, who during the first few years of their ownership played this up significantly, but this has since cooled down.

Midway through the decade, however, ABC finally regained its footing. It finally found its Reality TV hit in 2003 with Extreme Makeover: Home Edition, and followed that up the following year with three scripted series that quickly turned into megahits: Lost, Desperate Housewives, and Grey's Anatomy. Other shows, like Ugly Betty and Dancing With the Stars, also helped to boost ABC's cachet in the new decade. While still behind CBS and FOX, it sits comfortably in third place ahead of a seemingly dead-in-the-water NBC. The network also carries a second network on their owned and operated stations as a digital subchannel called "Live Well (HD) Network", a lifestyle network which airs programming pertaining to health, home improvement and food. A deal was recently signed to expand it to some stations owned by Belo, such as WFAA in Dallas-Fort Worth and KMOV in St. Louis, which won't all carry it in HD, causing "HD" to be dropped from the name, and the website to be redesigned to not look like the ABC O&Os' sites.

Retrieved from "https://allthetropes.org/w/index.php?title=American_Broadcasting_Company&oldid=1738133"
Categories:
Cookies help us deliver our services. By using our services, you agree to our use of cookies.