Everything About Fiction You Never Wanted to Know.
Jump to navigation Jump to search
/wiki/Black Eyed Peascreator 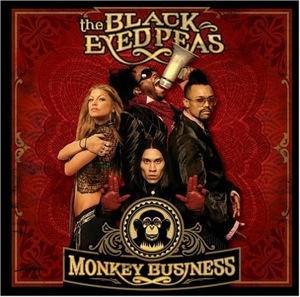 The Black Eyed Peas are a Los Angeles-based rap group, initially comprised of members will.i.am, Taboo, and apl.de.ap. Formed in 1995, they began as a less violent, socially conscious alternative to the gangsta rap acts of the time, though ironically signed by Eazy-E of N.W.A. fame. Two albums were released in 1998 and 2000, to critical acclaim and modest sales.

In 2002, they were joined by a fourth member, Fergie. By the time Elephunk and New Sound Album Monkey Business were released in 2003 and 2005, the group had changed entirely, moving towards a pop sound with Fergie placed front and center, and much simpler lyrical content. Their new style earned them numerous #1 hit singles and multi-platinum sales, to the point where some people didn't know they did anything pre-Elephunk.

Fergie, will.i.am, and Taboo have also branched out into acting careers. Meanwhile, apl.de.ap works to alleviate poverty in the Philippines through a foundation made in his name.

Following an eight-year hiatus and sporadic appearances, the Peas released their seventh studio album Masters of the Sun Vol. 1, which marked a return to their conscious, politically-motivated hip hop and boom bap roots, largely in response to the socio-political situation in the United States during the mid to late 2010s (especially when Donald Trump took office in 2016). It was also announced at the time that Fergie would not feature in Masters of the Sun and was subsequently replaced by former The Voice of the Philippines finalist Jessica Reynoso, who went by the stage name "J Rey Soul".

Black Eyed Peas provides examples of the following tropes:
Retrieved from "https://allthetropes.org/w/index.php?title=Black_Eyed_Peas&oldid=1870711"
Categories:
Cookies help us deliver our services. By using our services, you agree to our use of cookies.