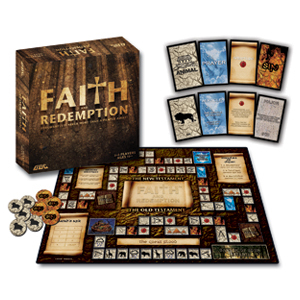 Sometimes even Moral Guardians have to accept that The New Rock and Roll isn't going away. They can't stop people from watching/reading/playing/listening to it, and even if they succeed in instituting a Censorship Bureau, it's still not up to their standards.

Well, if you can't beat 'em, join 'em. If those works aren't up to their standards, they will make works that are. And they can even throw in a message about their beliefs and views in these works. Thus they make The Moral Substitute. So now all those children can have their fun, while their responsible parents don't have to worry about that strange new music they didn't grow up on. Everybody wins and nobody loses right?

If everything works out, sure. However almost by definition creating The Moral Substitute means directly competing with what it is the substitute for, while explicitly targeting a more specific demographic. Imagine creating a competitor to Coke and Pepsi but targeting only middle-aged mothers at the expense of appeal to the general population. If that sounds like a troubling investment to you, then you see why production values tend to be lower. Adding to the complications of course is the need to produce absolutely nothing even mildly offensive to the specific demographic you are targeting. Put it all together and The Moral Substitute suffers from a reputation of being an overly bland case of Follow the Leader. And those that weren't offended by the original are very unlikely to embrace this product.

Of course if you are in the target demographic you just might appreciate something catering to you particular mindset. Cue possibly small but reliable following. Enough of this exists to keep the phenomena going as new media fads emerge.

As one might expect works may end up Totally Radical and/or Poor Man's Substitute.

In America the lead suspect for enacting this trope will be the devout (conservative) Christian demographic as the foremost Moral Guardians with substantial political pull. They are large enough to have created their own sub-culture out of this trope; nowadays one can find Christian-focused works for any medium. It must be noted, though, that this trope can apply to absolutely any point of view in existence, with examples covering the whole social-political spectrum. For example, in Russia this trope was usually enforced by the Communist Party, which created Soviet boy scouts, Soviet pop bands, Soviet action movies, Soviet chewing gum, an entire film genre that was essentially The Western in Soviet Russia to stop people from admiring all that decadent stuff from the West (didn't work this way).

Can be a Super-Trope to Christian Rock, though that genre isn't nearly as deep into this trope as the label would suggest.

Examples of The Moral Substitute include: