Everything About Fiction You Never Wanted to Know.
(Redirected from China Mieville)
Jump to navigation Jump to search
/wiki/China Miévillecreator 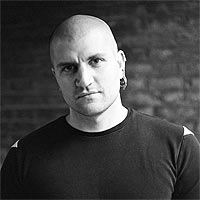 An English writer born in 1972. China Miéville is best known for his Fantasy work, most of which has won or been nominated for the Arthur C. Clarke Award or the World Fantasy Award at some time or another.

He purposefully avoids writing Tolkien-esque fantasy, preferring to invent his own sorts of worlds and fantasy creatures. Miéville used to be a huge Dungeons and Dragons fan, and occasionally references it in his works.

"I think for a lot of people who don’t read pulp growing up, there’s a real surprise that the particular kind of Pulp Modernism of a certain kind of lush Purple Prose isn’t necessarily a failure or a mistake, but is part of the fabric of the story and what makes it weird. There’s a big default notion that “spare,” or “precise” prose is somehow better. I keep insisting to them that while such prose is completely legitimate, it’s in no way intrinsically more accurate, more relevant, or better than lush prose."