Everything About Fiction You Never Wanted to Know.
Jump to navigation Jump to search
/wiki/David Webercreator 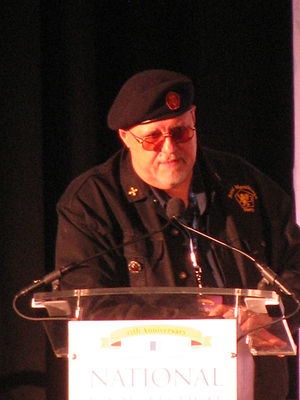 David Weber is a best-selling Author of Science fiction and Fantasy.

Known for showing his work in Infodumps, even when in reality Space Does Not Work That Way. Has a thing for Asian female protagonists. Due to injured hands, he dictates (into a computer) Doorstoppers of ever-increasing length since he obtained Protection From Editors. Is also a Naval Historian.

Works written by David Weber include:

He has several major series, including: