Everything About Fiction You Never Wanted to Know.
Jump to navigation Jump to search
/wiki/Douglas Adamscreator 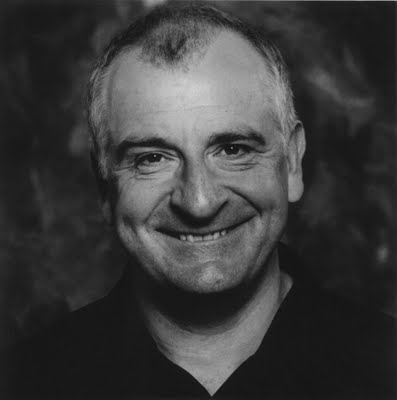 All The Tropes has this to say about Douglas Noel Adams...

A British humorist and Science Fiction writer, most renowned for having written the first five books in The Hitchhiker's Guide to the Galaxy "trilogy", the Dirk Gently series, and several Doctor Who stories starring the one and only Tom Baker.

A really hoopy frood, he was really fond of deadlines (he liked the whooshing sound they made as they flew by) and always knew where his towel was.[1] His interests included evolutionary biology, software technology, Apple computers, the music of Pink Floyd, Bach, and The Beatles, and SCUBA diving. He was involved in a BBC radio production (and then book) with Mark Carwardine called Last Chance To See, where he made his case for the necessity of biodiversity and the need for conservation initiatives. He also considered himself a radical atheist, but the "radical" bit was just to show people that he was serious about it (as opposed to merely being agnostic), not because he was intolerant or aggressive. If ever a human being was Too Cool to Live and Too Good to Last, it was him.

Hitchhiker was constructed in a typically Adams fashion -- he was notorious for cribbing from his own previous works, and a good many aspects of Hitchhiker had been put to paper in some form (mostly Adams' own plays and unpublished short stories) before the series itself was conceived.

Douglas Adams died of a massive heart attack in a gym in Santa Barbara, California -- where he had a home -- on May 11, 2001. Because of where he was at the time, Adams actually was carrying a towel when he died. Many of his fans find this to be very bittersweet.

Adams has been honored with an asteroid, named in his honor (25924 Douglasadams); the asteroid's prior designation (2001 DA42) is notable in that it coincidentally carries the year of Adams' passing; his initials; and the Answer to Life, the Universe, and Everything. Adams would quite probably see such a coincidence as solid proof that the universe has a sense of humor.

See the article on The Other Wiki for more.

Works of Note:
Douglas Adams is the Trope Namer for:

The Hitchhiker's Guide to the Galaxy "trilogy"

Douglas Adams provides examples of the following tropes:
Retrieved from "https://allthetropes.org/w/index.php?title=Douglas_Adams&oldid=1682872"
Categories:
Cookies help us deliver our services. By using our services, you agree to our use of cookies.