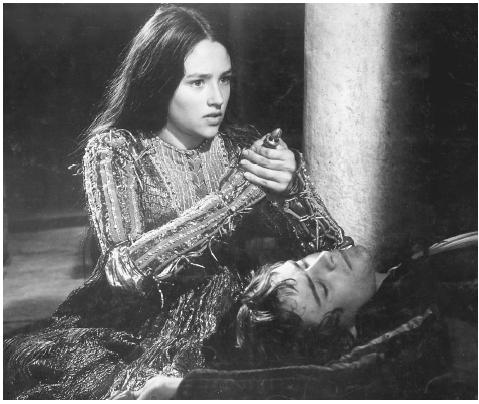 1. A finale to a movie, a TV series, a video game, or some other form of media that ends things in a way that varies from sad to tragic. These tend to be rare, as there is overwhelming pressure to tie loose ends up in a "happy" way. Sometimes done as a way to assure that the show, once canceled, cannot be revived later (similar to the Grand Finale), but sometimes leaves the show on a Cliff Hanger.

2. A similarly low-key or unhappy ending to an episode of a normally "happy" series. Also rare, due to the same reasons as above. Sometimes used in an attempt to get Emmy nominations, or to at least surprise the viewer. When the series finale of an otherwise "happy" series is one of these, it's a Sudden Downer Ending.

Sometimes, a Downer Ending can conclude the character arcs in a very satisfying way, despite being dark. Other times, it can be overused to the point it feels like a Mandatory Twist Ending. If it comes out of nowhere or is the result of an Ass Pull, then it may be the result of the writers summoning Diabolus Ex Machina. If enough people consider it fundamentally unjust, it may acquire the Fanon Discontinuity and Snicket Warning Labels.

Kill'Em All and The Bad Guy Wins are particularly cruel variations of this. A Prequel may require one, or both; the Happy Ending was Doomed by Canon.

If the ending mixes elements of happiness and Downer Ending, then it's a Bittersweet Ending. If the whole adventure leading up to it turned out to be meaningless, then it's Shoot the Shaggy Dog. The Cliff Hanger is often a Downer Ending, but one implicitly not final; tune in next time to see how they retrieve this one.

See also Gainax Ending, Last Breath Bullet, World Half Empty, and Yank the Dog's Chain. Occasionally, part of a Tragedy or an Utsuge. Sometimes a Foregone Conclusion, either because of a historical setting or if the work is a Prequel. The hero may or may not die. Realization of an Inferred Holocaust may turn even the most Tastes Like Diabetes "happy ending" into one. Downer Endings easily lead to Tear Jerkers or Nightmare Fuel. Compare Downer Beginning.

Naturally, every single example is a spoiler. As an Ending Trope, Spoilers ahead may be unmarked. Beware.

Examples of Downer Ending are listed on these subpages:
Retrieved from "https://allthetropes.org/w/index.php?title=Downer_Ending&oldid=1796314"
Categories:
Cookies help us deliver our services. By using our services, you agree to our use of cookies.