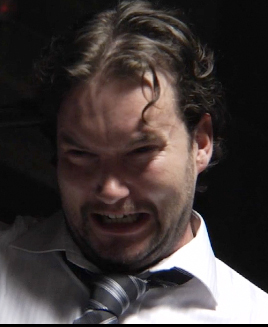 And boy is Gareth David-Lloyd shaggy

Girl Number 9 is a six-part web series written by James Moran (Torchwood) and starring Gareth-David Lloyd, described as a cross between Saw and Se7en.

When a serial killer is captured, he tells a detective he has 30 minutes to rescue a girl before she is killed. The rest is pretty much a Shoot the Shaggy Dog story.

Tropes used in Girl Number 9 include:
Retrieved from "https://allthetropes.org/w/index.php?title=Girl_Number_9&oldid=1650533"
Categories: