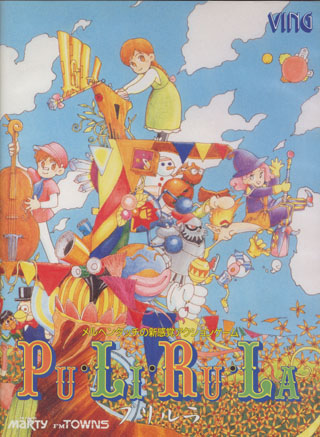 A surreal Beat'Em Up arcade game from Taito, released in 1991. PuLiRuLa revolves around two children, Zac and Mel, living in the magical kingdom of Radishland. When a sinister figure steals the "Time Keys" that control the flow of time, Zac and Mel are given magic rods by an old man and tasked with recovering the keys and saving the kingdom. They accomplish this by running around beating up robots and other extremely weird enemies with their rods.