Everything Trying to Kill You 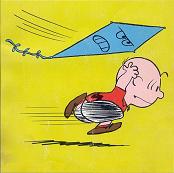 Tonight on "You're Gonna Get It, Charlie Brown"...

If a level in a Platformer takes place in a mountain, it's unrealistic you'd run into sequential lava pits, but there's a logic in that you want to avoid the obvious, skin-boiling danger (though you'll be okay if you just don't touch it). But in some games, you can be injured by the strangest things. Stumbling onto a flying soccer ball hurts just as much as being run over by a car. All manner of inanimate objects seem primed and ready to hurt you, especially if the setting doesn't allow for more extravagant opponents. In some cases, just to really hammer the point home that the game's creators are true bastards, your character will be a One-Hit-Point Wonder, and the slightest injury will make you explode into a fountain of blood.

You can usually blame Collision Damage for this.

And heaven help you if the place is inhabited. Nearly every living thing in the area suddenly gets a taste for your tender flesh, even if they're normally herbivores. This may be a modern take on the older version of this trope: in old adventure stories, if the hero goes camping or even just for a walk through the forest, he can expect to be attacked by bears, stalked by wolves, jumped by mountain lions, infected by poison ivy, torn apart by thorns and so on. Mosquitoes will be strangely uninterested in him. (This is... not exactly how it works in Real Life.)

Is nothing safe? Walls? The sun? The moon? The boundary of the screen?

While a common trope in the Nintendo Hard generation of games, this has more to do with old-style games than difficulty. Many older games were platform games, where the objective is primarily to get from the beginning of the level to the end. Memory was at a premium, so pretty much anything added to the game needed a purpose. And in a platformer, most things should be either power ups or obstacles, things that make it a challenge (and thus fun) to get from Point A to Point B. Adventure Game designers, especially those at Sierra, also delighted in finding new and interesting ways to kill the player character; with no quantified attributes, such a game's hero could only survive or not survive.

Some games that normally avoid this will design a deliberately ludicrous yet highly dangerous enemy/obstacle for comedic value. A Platform Hell game will often take this trope to ludicrous places for comedy. See also Malevolent Architecture and Death World.

Examples of Everything Trying to Kill You include:

Video Games based on The Bible

Retrieved from "https://allthetropes.org/w/index.php?title=Everything_Trying_to_Kill_You&oldid=1936767"
Categories:
Cookies help us deliver our services. By using our services, you agree to our use of cookies.