The War of Winds 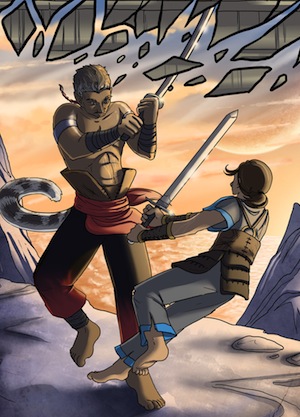 The War of Winds is an epic fantasy/sci-fi story that spans in total, about 3000 years. The current story featured by this site details the end of the war between the Four Winds, hence the title. You can read it here.

Not to be confused with The Winds of War.

Tropes used in The War of Winds include:
Retrieved from "https://allthetropes.org/w/index.php?title=The_War_of_Winds&oldid=1558866"
Categories: