Everything About Fiction You Never Wanted to Know.
(Redirected from Shapeshifting)
Jump to navigation Jump to search 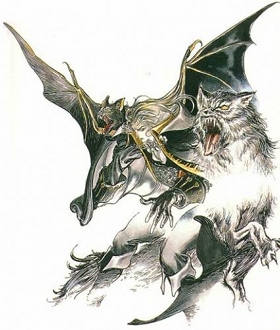 Shapeshifting and transformation are the ability to completely change one's body from one form to another, usually by magic or Applied Phlebotinum. Common in Speculative Fiction, and folklore and myths are replete with tales of princes transformed into frogs, gods turning themselves into animals, and so on. Several of these tropes are Older Than Feudalism.

There are a wide variety of ways that this can occur, but thematically it can be sorted into two broad classes:

Retrieved from "https://allthetropes.org/w/index.php?title=Category:Shapeshifting&oldid=1589951"
Categories:
Cookies help us deliver our services. By using our services, you agree to our use of cookies.