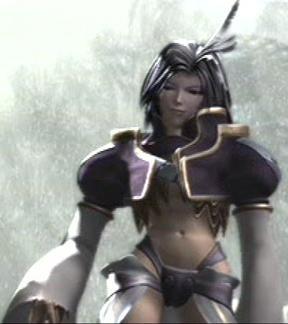 You have been watching this series for a while, be it since childhood or since yesterday. You are just in the middle of an exciting scene where Miss Lovecuddles reveals that she was actually behind everything that... wait a minute, Miss? He's not a boy?

Sometimes this is because a cheap dub uses badly Cross-Dressing Voices, sometimes because the language you're enjoying your story in doesn't have gender differentiated pronouns, or because they have a name rarely used for that gender, or it was clear from the beginning and you were just holding the Idiot Ball for the day and missed it fabulously.

Compare She's a Man In Japan, where the character's gender actually was changed while adapting, and Bifauxnen and Samus Is a Girl, where you are expected to be mistaken at first. Contrast (or compare?) Dude Looks Like a Lady, when it's other characters who are confused.

See also Ambiguous Gender for characters who have no canonically stated gender. May be solved with the use (or lack) of Tertiary Sexual Characteristics. Can be seen as the viewer-perspective version of Unsettling Gender Reveal. Anything that makes the character's sex obvious may act as a Gender Reveal.

Examples of Viewer Gender Confusion include:

Retrieved from "https://allthetropes.org/w/index.php?title=Viewer_Gender_Confusion&oldid=1646612"
Categories:
Cookies help us deliver our services. By using our services, you agree to our use of cookies.